The recipe for a non-alcoholic punch you won't want to miss.

Take a large bowl or container that can hold at least 3 litres. Also take a Short Drink glass or a Tumbler.

Split the vanilla pod and remove the seeds. Pour the seeds and the pod into the bowl. Grate half the cinnamon stick over the mixture and dip the rest into the punch. Finally, stir with a whisk and leave to macerate for at least 2 hours in a cool place.

Just before serving, add ice to the punch and ladle it out as if you were in the islands!

Option: you can add grated lime zest for an even more exotic touch.

The true story of the Punch Planteur.

One has to imagine the time of colonisation and more particularly the 16th century when the term "Planteur" appeared for the first time, designating the colonist who came to exploit the local plantations.

It was not until 1835 that a drink was officially called Punch Planteur in the West Indies.

In those days, you either drank ti-punch or planteur. In a sense of humour, the slaves drank ti-punch, which was dry and very strong in alcohol, in order to give them courage and strength for work, whereas the colonists preferred to mix it with fruit juices (mango, pineapple, passion fruit, etc.) to soften it and create a more delicate drink. Hence the term " Planteur", intended for the colonists.

Historically, the wife of a Jamaican planter invented this cocktail for her husband and the other workers on the sugar cane plantations. Highly appreciated by the workers and the whole territory, Fred Myers' company (Rum Distillery), made it its flagship cocktail from its inauguration in 1879. 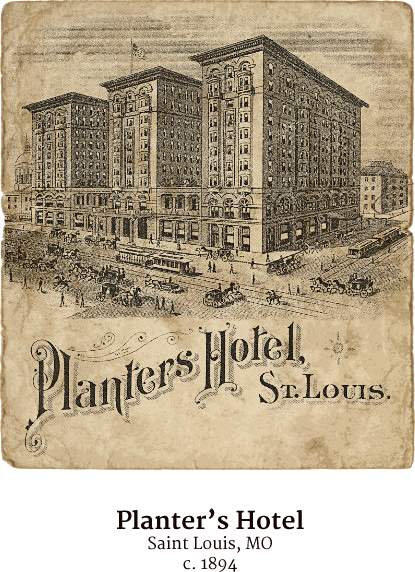 At the same time, the Planter's Hotel in Saint-Louis (USA), which had just recruited the famous barman Jerry Thomas (creator of the first cocktail book in 1862), who had travelled a lot, said that the Planter's Hotel had a flagship cocktail, the Planteur Antillais, which you can still find on their menu today.

Don't have your bottle at home yet?

With whom could you best share this bottle? Give it to them as a surprise!

Don't have your bottle at home yet?

With whom could you best share this bottle? Give it to them as a surprise!